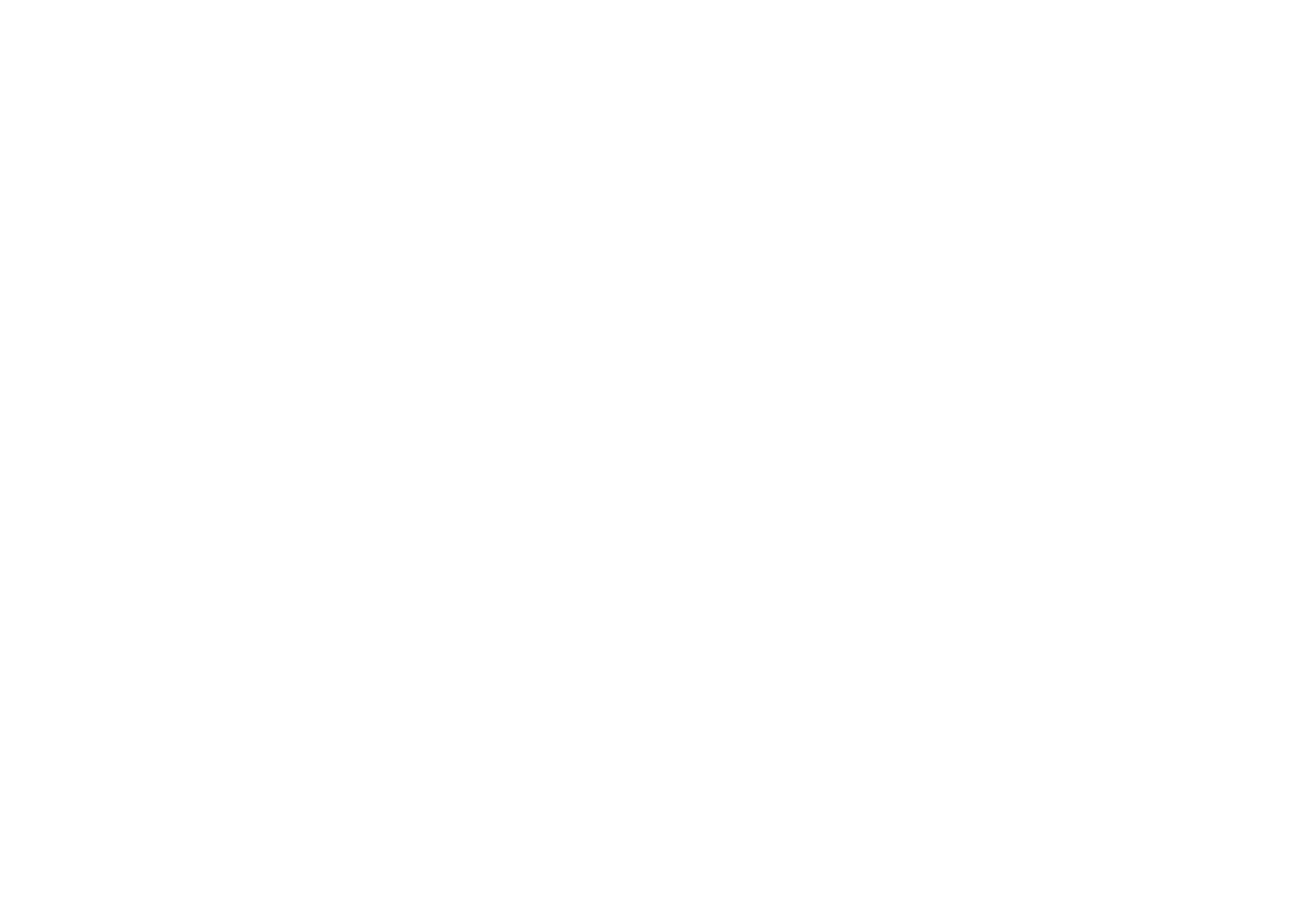 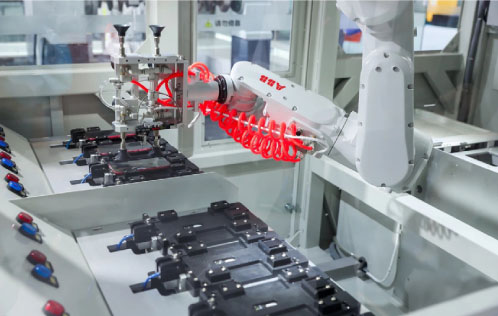 More production in a smaller space

Meeting the need to maximize production capacity while saving on space, the ABB IRB 1300 is nearly 60 percent lighter and one-sixth the footprint of ABB’s IRB 1600 robot. Occupying just 220 mm by 220 mm of floor space, the IRB 1300 enables more robots to be deployed in a given area.

Rapid production is ensured by the IRB 1300’s 27 percent improvement in cycle times. Combined with greater payload and reach, the IRB 1300 can be used for a wide range of tasks in materials handling, machine tending, polishing, and assembly and testing applications. 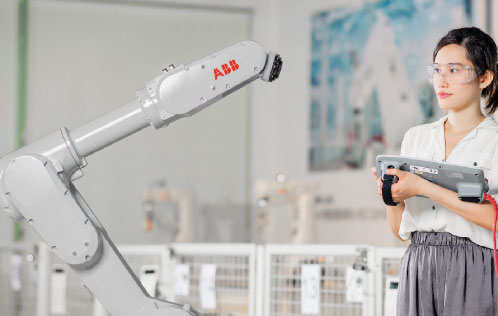 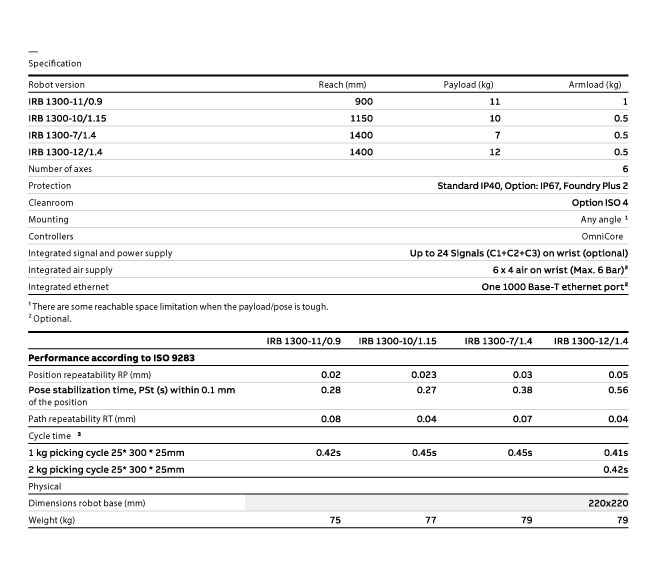 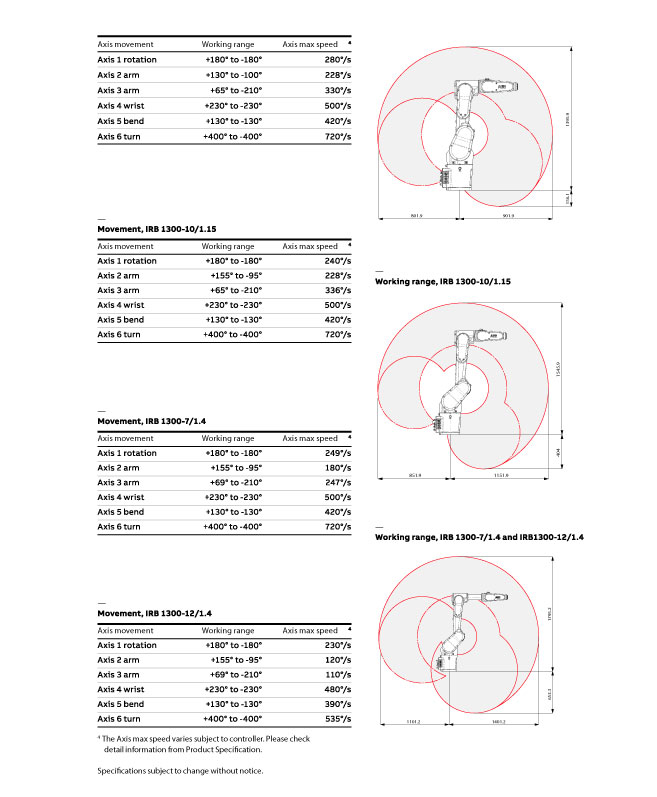 Featuring a unique combination of high payload capacity, large working range, and Integrated Dressing (ID), which routes all cables and hoses inside the robot’s upper arm and wrist

ABB further extends its mid range robot family. The IRB 2600 is the second model in the sharp generation range with enhanced and new capabilities. It is a compact robot with a high payload capacity.

IRB 2400 comprises a complete family of application optimized robots that maximize the efficiencyof your arc welding, process and tending applications

Thank for your attention to Robot ABB IRB 1300. If you need get a quote, please fill in the form bellow & send it to us. We will respond within 24 hours.

If you have any quesion,
please fill in the form in the right
& send it to us.

We will respond within 24 hours.